The internet is full of bizarre stories and urban legends, including some outrageous ones about scuba diving. Many outlandish tales come from photos taken out of context, such as this representation of a flooded New York subway system, or this famous entry to a Photoshop contest; but some are based on a barnacle of truth. Here are some of our favourites.

According to the legend, a scuba diver was picked up in a “bambi bucket” by a helicopter gathering water to fight a nearby forest fire. When the water was emptied over the treetops, the diver fell to his death.

In reality, the water buckets used by helicopters only have a (maximum) 30 cm./1 ft. opening to collect water. Also, the opening is covered by a grill, so it would be physically impossible for a diver to be scooped up in the first place.

One of the most widespread beliefs among non-divers is that period blood attracts sharks. This is false for a few reasons.

First of all, menstrual fluid is only about 50 percent blood. Second, the amount of fluid released is quite minimal: only about 80ml/6 tablespoons (total) over multiple days.

According to Divers Alert Network (DAN), “Although sharks can certainly detect menstrual discharge, there is little reason to suspect it is attractive to them in the way fresh blood is. It is more likely attractive only in the way any novel sensory stimulus—such as urine, splashing or noises – might be.”

4.  There’s a garbage patch the size of Texas in the middle of the Pacific – FALSE

There are two massive patches of marine debris: one near Japan and another near Hawaii. Together they measure 1.6 million square kilometers – three times the size of France and more than twice the size of Texas.

A surprising number of people think narwhals are mythical animals. Is because they’re called the unicorns of the sea? The problem is pervasive enough that HuffPost, BuzzFeed and others published articles with titles that such as “Yes, Narwhals are Real,” and in a recent Reddit thread, more than 20 people publicly confessed they (or a loved one) didn’t know narwhals were real, or thought they were extinct.

6. Sharks are attracted to the colour yellow – FALSE

Sharks only have one type of cone in their retinas and are essentially colour-blind. Furthermore if a shark can’t can’t differentiate between the silhouette of a surfer versus a seal on the surface, wearing a black, yellow or blue wetsuit probably doesn’t matter.

For better or worse, enough people believe in the deadly fashion preferences of sharks that you can buy a shark-deterring wetsuit. Don’t they know there are at least 18 things on earth more dangerous than sharks? How about a crocodile-repelling wetsuit instead? 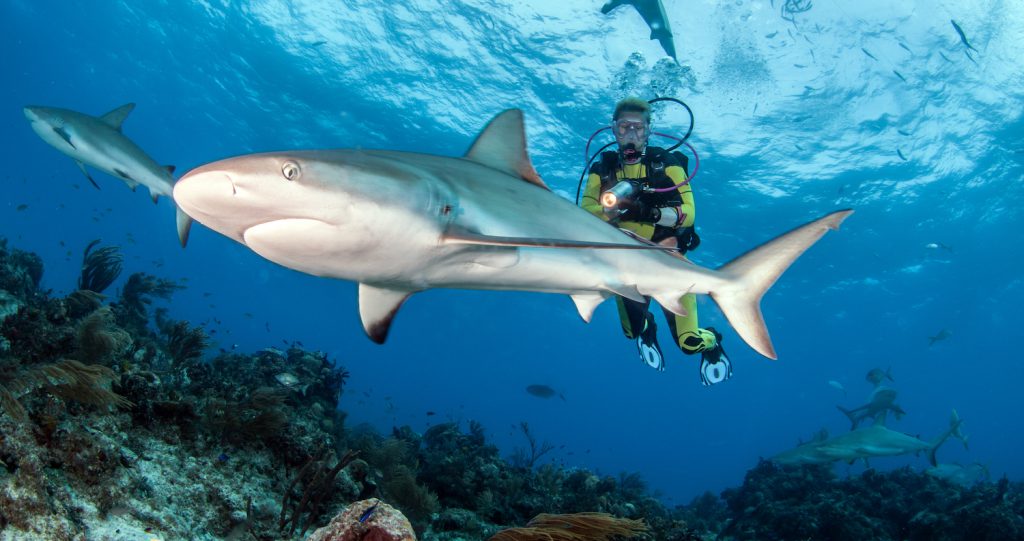 7.  An unknown, ancient civilization built a monument off the coast of Japan – UNKNOWN

In 1986, divers discovered an intriguing rock formation off the coast of Yonaguni Jima, Japan. Was it made by mother nature? An ancient civilization? Aliens? No one knows for sure. Learn more about Underwater Cities.